Living A Glamorous Lifestyle On A Budget

No Widgets found in the Sidebar Alt!

No Widgets found in the Sidebar Alt!

Welcome to my website The Glam Budget Lifestyle! My name is Sherri and I call Las Vegas, NV home! I started blogging in March 2016 because I wanted to create a community for us mature gals who love lifestyle, beauty, fashion, wellness and home as much as I do. My content covers everything from the latest on everything beauty, the latest fashion trends, living a healthy lifestyle and home as well as DIY’s and tips and tricks too! I hope you enjoy your time here and I would love it if you became a part of the The Glam Budget Lifestyle family by subscribing so you can receive updates on new blog posts, weekly newsletters, and the occasional update on upcoming and current sales right to your inbox! I appreciate you stopping by, and I hope you are having a happy, healthy, and beautiful day!

Pick up any health magazine, and you will likely see an article about sugar in one form or another. From glucose and evaporated cane juice to pure maple syrup and honey, good old added sugar goes by lots of fancy names these days. One of the newer players in the sugar game is stevia, a zero-calorie “natural” sweetener. There’s no debating that stevia has stolen the spotlight from its artificial cousins, Splenda (sucralose), Sweet ’N Low (saccharin) or Equal (aspartame). It may taste like sugar, but is it more natural? Better yet, is it healthier? The answer may surprise you!

Stevia is a small shrub in the chrysanthemum family native to Paraguay and Brazil. It has been around since ancient times, used primarily as a low-calorie sweetener but also for medicinal purposes, such as increasing glucose tolerance. It is nearly 200 times sweeter than table sugar, won’t raise your blood sugar, is widely available and doesn’t leave much of an aftertaste. You may have seen stevia on store shelves under brand names like Truvia and Pure Via.

Yes, and yes, but stevia and Truvia (or Pure Via) are not the same thing. The stevia plant has two sweet compounds, stevioside and Rebaudioside A (Reb A or rebiana). While studies show that the former may help reduce blood sugar and blood pressure, there is limited evidence to date on the health benefits of Reb A. The patented refining process used to create highly purified Reb A involves extracting, isolating, and combining Reb A with “natural flavors” and other sugar alcohols to create the powder you put in your coffee. In short, there is some serious processing from plant to packet.

Is it Stevia Safe?

Likely. Let’s take a look at stevia’s recent history. First, understand that any products marketed as “stevia” are either whole-leaf stevia or extracts other than Reb A — none of which has been evaluated by the FDA to be used as a sweetener. The FDA banned stevia in 1991 due to preliminary studies suggesting that it may lead to cancer. This was revoked in 1995 when the FDA ruled it safe to be sold as a food supplement. They then granted GRAS (generally recognized as safe) status to Reb A in 2008 after the makers of Pure Via and Truvia submitted research supporting its safety. Whole-leaf stevia and stevia extracts, however, are still considered dietary supplements.

The Final Verdict: Should I Use Stevia?

The short answer is yes. It’s a better alternative to artificial sweeteners and may help with glucose tolerance. Nonetheless, use it in moderation. The fact remains that similar to artificial sweeteners, stevia hasn’t been around long enough to conduct long-term studies evaluating its health effects in humans. It’s safe to say that when consumed in reasonable amounts, stevia is a good natural sugar substitute. Consider trying a little bit of the real stuff in moderation like pure maple syrup, raw honey, or coconut sugar or better yet, sweeten your treats with fruit like ripe bananas and dates.

I have been using stevia for years to sweeten my two cups (one cup before I work out and one cup after breakfast) of green tea every morning. If I am eating out and need to sweeten coffee or tea, I will use Splenda, but I prefer stevia over Splenda. If you are considering changing to a healthier sweetener alternative, my recommendation would be stevia (I like the stevia packets from Trader Joe’s), but Splenda is okay too and until next week, be happy, healthy, and beautiful!

This site uses Akismet to reduce spam. Learn how your comment data is processed. 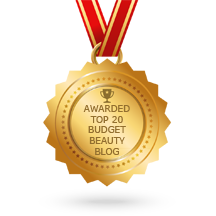 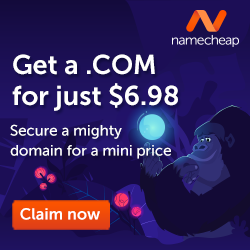